Stephanie Simpson is CEO of Simpson Brand Creative. Since 1998, she has been building professional brands, and promoting television series & corporate brands. Stephanie has interviewed hundreds of celebrities as a video producer to promote their brands, including Beyoncé, Katie Holmes, Adam Levine, Rob Lowe, Snoop Dog, and Jennifer Aniston. Now she helps business owners around the country to create their own brands to show off their expertise and secret sauce.

Stephanie was born and raised in New York City, and attended Hampshire College and Art Center College of Design. After working for years in film production and in Brand Marketing at Warner Bros. Television and The WB Television Network, she started her company Simpson Portraits, which later became Simpson Brand Creative.

Equipped with a Master’s Degree in film & photography, she uses the brand marketing skills she learned working in Hollywood to help business owners who are scaling their companies showcase their authority, position themselves as experts in their field, and create a brand that attracts powerful opportunities.

She lives in Los Angeles with her husband, two children, and mom. 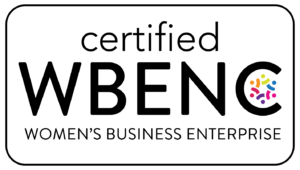 The 7 Key Image Styles Every Brand NeedsFind out what you're missing!